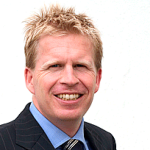 The growth of freelancing in western economies in the last decade has been remarkable. It is however not always clear to most observers whether this is a lasting trend or a hype. To answer these questions, this essay tries to give some insight in the future of freelancing.

Why do individuals freelance?

It is very clear why individuals become freelancers. They want to ‘remove the chains of the organizations’; they long for autonomy and flexibility. In addition freelancing gives people the ‘flexibility to combine private and work demands’. A third common reason is money. Plenty of freelancers feel that they are able to earn more money even after correcting for employment benefits such as insurances, pensions, education and vacation days. In the era of vanished job security, the difference between a freelancers fee and employee wage seems bigger than the incurred risks. Nevertheless, on average a freelancer earns less than an employee suggesting that freedom from the chains of organizations is valuable to many individuals.

Why do organizations work with freelancers?

Looking at organizations it is also clear from surveys why they hire freelancers. The most important factor by far to hire a freelancer is that the organization ‘does not possess the needed ability or skill’. Its underlying cause might be by a temporary loss of staff (due to illness, pregnancy, etc), a short-term project for which specialist outside knowledge is necessary or a conscious decision not to us employees for certain non-core functions (such as ICT, Finance or HRM). The second reason is ‘the need for creativity and innovation’. Using outside experts gives an organization the possibility to bring new ideas into the organization. The third major reason is cost cutting. Outsourcing certain (low-value added) services to the market place may lead to lower costs due to increased competition and favorable labor market conditions (e.g. enough supply of less skilled labor).

Theory of the firm

To find an answer to this question one should start with the ‘theory of the firm’. According to Robert Coase (1937) the main reason to establish a firm is to avoid the transaction costs of the price mechanism. These costs include the process of discovering relevant prices and the costs of negotiating and writing enforceable contracts. A major reason for the growth of freelancing might be the decreasing transaction costs due to the internet. Internet has opened the possibility to find and hire specialists everywhere in the world to a fraction of the costs before the internet era. Oliver E. Williamson (1966) argued that firms arise where assets are specific to each other such that their value is much less in a second-best use. A professional with deep knowledge of a specific payment system of a bank is more valuable to that bank than to other banks or the labor market. This is the main reason for a firm and individual to secure a long-term employment relationship. However, in the last decades reengineering, outsourcing and technology developments have increased standardization of business processes and technology. Williamson’s theory explains why the ties between organizations and individuals have become looser as both parties have become less dependent on each other.

Peter Drucker (1999) argued that the worker of the 21st century had no need for capital anymore. Knowledge is the sole production factor and the knowledge worker is the sole proprietor of this production factor. The worker does not need the organization to be creative, innovative and productive. In the knowledge era, people often work in projects where various specialists are working together for a certain period. In a knowledge economy, the role of capital goods is limited. All costs are therefore variable costs. In cyclical times, organizations hedge their risks by firing individuals to balance costs and profits. Job security is gone in the knowledge economy.

So trend or hype?

As John Maynard Keynes said; ‘there will always be a next recession’. The current strong labor market will not last for ever. Nevertheless, the trend towards freelancing seems to be a long lasting one. Although cyclical factors play a role (both as pull and push factor!), the major forces behind the growth of freelancing seem long lasting developments. The growth of the internet has made further specialization possible and decreased the transaction costs of finding and hiring knowledge workers. The standardization of business processes and technology has facilitated job-hopping and decreased the importance of firm-specific knowledge. Last the increase of the knowledge economy has increased the importance of innovation and creativity, made the time bound project the most important organizational structure, diminished the importance of capital and increased the importance of flexibility. These structural factors will lead to a growing freelance market in the coming decades.